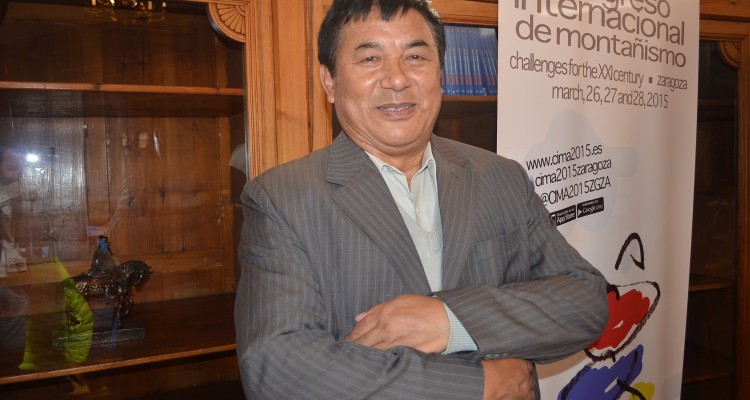 Ang Tschering: “We have collected 15,000 kilos of rubbish from Everest”

CIMA2015 Mar 28, 2015
No Comments
2,613 Views
Congress, Day 3, Latest news
CIMA2015
The former Sherpa Ang Tschering, now head of the firm Asian Trekking (Kathmandu) and president of the Nepal Mountaineering station, CIMA shares in 2015 the work of the expeditions “Echo-Everest” and reviews the existing human rights of sherpas .The mountain tourism is “vitally important” for the economy of the region. It is what ensures the former and current employer Sherpa Ang Tschering. He argues that the Nepalese government is aware of what you can bring this practice to Gross Domestic Product of the country and, for that reason, is developing a strategic plan of action to ten years away.

The project aims to deliver high Hiimalayas waste and promote the implementation of sustainable energy resources. “Global warming results in melts and landslides that we must stop,” he says. Stresses the importance of preserving natural resources such as water, essential for climbers but above all, for the inhabitants of the towns in the area. “Everest and other high peaks of the Himalayas, is the ultimate goal of every adventurer end” and mass tourism and waste resulting from it “threatening drinking water,” he recalls.

“Previously, Everest had a reputation of being very dirty. Although it has visibly improved, much remains to be done, “complains the former sherpa. In line with the challenges in the alpine environment clean, Tschering describes the commitment of the members of the “Echo-Everest Expeditions”. “We collected 15,000 kg of trash at altitudes of 8000 meters, and that’s not how clean the streets of a city like Zaragoza”, as participants of these expeditions disposal “risk their lives”.

Ecology is not the only hot spot on the highest peak in the world. During last April 2014, 13 fatalities sherpas and the disappearance of three triggered protests and the threat of shutdown of expeditions by the other members of this guild on Everest, which would have seriously affected the Nepalese tourism . The guides themselves denounced found in conditions of slavery.

Currently, according to Ang Tschering, the situation for these high-risk workers is improving. Ensures that both labor rights – insurance against accidents and life-like in terms of self-protection measures for the physical integrity of the Sherpas, evolution is being “as positive as necessary”.