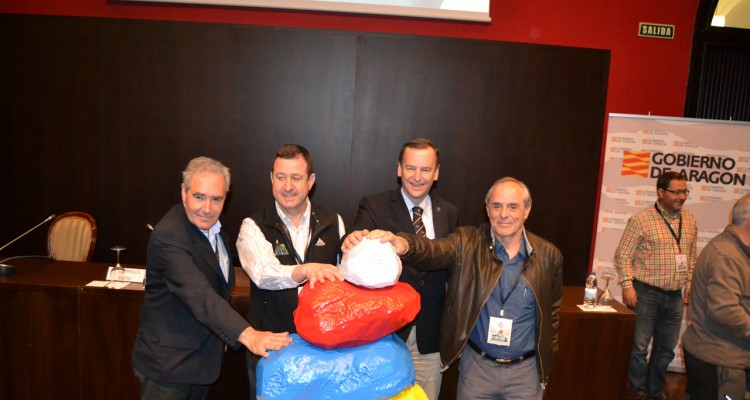 The International Congress of the Mountain, CIMA, closes with “a resounding success” and the commitment of a new edition

CIMA has been closed this afternoon with the feeling that this conference was “a milestone and has been a before and after”, as noted by the director of the first round of international mountaineering, José María Nasarre.

In figures are 55 communications, seventy speakers, over 300 attendees twelve posters that reflect valuable scientific research, which together with the conclusions in the nearly twenty roundtables will be published in a document entitled ‘The challenges of mountaineering in the century XXI ‘.

He also called on to a new congress will be held in 2017 and has reached out to the UIAA to take you out.

The president of the UIAA, Fritz Vridjandt, Congress has defined this as “a great success” and stressed the multitude of presentations “of ideas, discussing various issues such as Olympic aspirations, protection, security, …”. And stressed again the message already raised at the opening ceremony on Thursday: “Let us work together and unite efforts among mountaineers, together we can address the challenges of the future”. The president of the UIAA finally thanked the work done by the organizers and has ensured that “sure there will be a new CIMA in the future.”

For his part, President of the Spanish Federation Joan Garrigós who raised the organizing this conference in his inaugural speech, coincided with Vridjandt to rate the Congress as “a success” and adhered to and expressed thanks.

On the conclusion of a new Congress has stressed the idea of ​​new editions continue to convene “in a changing times like these. Hopefully with the reflections made here find ways to enjoy the mountain in the XXI century”.

The president of the Aragonese Mountaineering Federation, Luis Masgrau, said that “was a work by international mountaineering pride. The mountaineering world has to be a great family that define goals and work to achieve it”. He thanked the efforts and hours of work of the organizing committee and all those who collaborated and congressmen “that are the true soul of mountaineering”. Masgrau has also extended his thanks to the Highlanders and asked “to do sport with emotion in the mountains and be like Carlos said Barrabés the means of knowledge for those people who have fewer resources to education. It is our civic engagement work for the mountains in the world and the welfare of the planet from our particular perspective and always with the hope and excitement “.

The director José María Nasarre Congress highlighted the work that a group of mountaineers of the Aragonese Mountaineering Federation has made this year for Congress was a milestone how it was a year later. Nasarre thanked the work of the organizing company Pacific, the University of Zaragoza, the Government of Aragón, Zaragoza City Council, FEDME and UIAA who have made “a congress unprecedented” and volunteers, clubs mountain, the Army, the Mendi Film Festival Bilbo, etc.