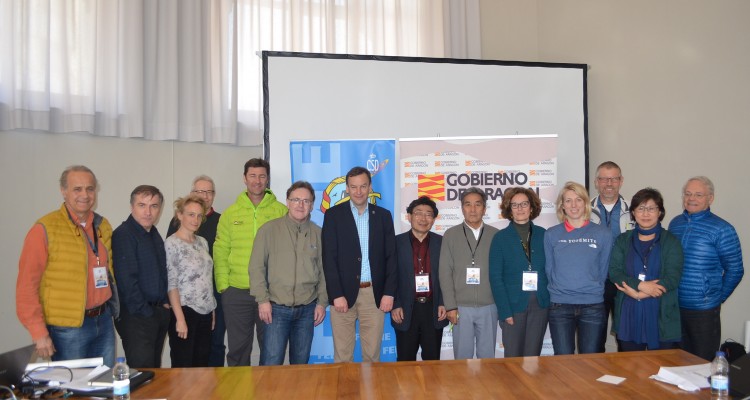 CIMA has become the provisional seat for this weekend UIAA international federation and mountain climbing. Its executive committee met Thursday to prepare the strategy during this 2015 all mountain sports. A document addressed in the second session on Friday and taken to the General Assembly of the UIAA to be held soon in Seoul, South Korea.

The meeting was attended by the president and vice president of the UIAA, the general secretary, and members of various international federations such as Switzerland, United States, Hungary, the Netherlands, among other countries. The UIAA warmly welcomed the invitation to host this meeting CIMA at the foot of the Pyrenees.

At the meeting issues such as the position of the UIAA to mountain races, competitive ice climbing and ethical lines of international mountaineering are addressed.

The UIAA is composed of about sixty national federations and other federations that have no national ranking but attend as guests.

This international establishment was founded in Chamonix (France) in the 30s and practically since its founding Spain has been present in it.

The UIAA General Assembly met in Spain in the 50s and this is the first time that an appointment to the highest international federal level saturates in Aragón.